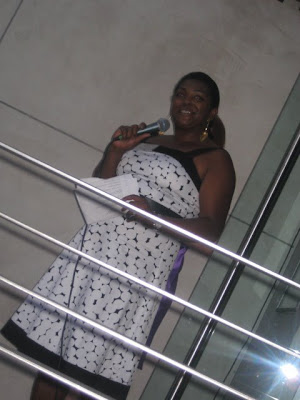 The Scene
Last week Mr. Diabolina spearheaded his big annual charity event and tonight was Fancypants' turn to raise funds for a great legal cause. $70,000 funds to be exact. She is such a rockstar. The event was first class and went off without a hitch. YAY! 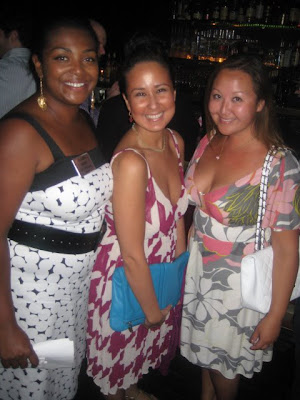 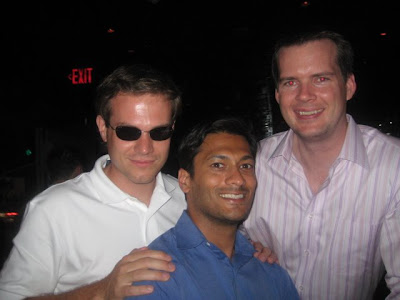 And Mr. Roboto's college buddy Mr. Nutty Professor also joined the fun. He's got a doctorate in hilarious. Heart him. 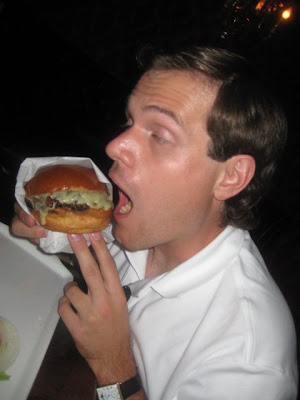 After the event we hit 25 degrees at the Roosevelt hotel for those DEVINE burgers (Mr. Nutty Professor got the fried egg on top - yum!) Ended the night at Jumbo's which is always a hot mess.

Grrrreat fun night. Needed it after a rough week. 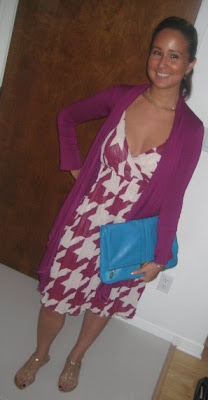 I adore this dress. The color, the bold check print, the crinkly material, the retro cut. It's somehow demure and bombshell sexy at the same time. Bought it over a year ago but haven't worn it nearly enough. Think because it's difficult to reinvent.

Almost didn't buy it. Had a hideous satin sash belt thing that made it look cheaper than Bai Ling in mesh. But my mom who always has vision told me I could just snip it off. And voila a dress that looks much more sophisticated emerged.

The dress is a bit big at the neckline so I have to be vigilant that the girls don't sneak out. Wore the wrap sweater wrapped at work to cover up the cleavage but let it loose for the evening. Let the girls roam free. 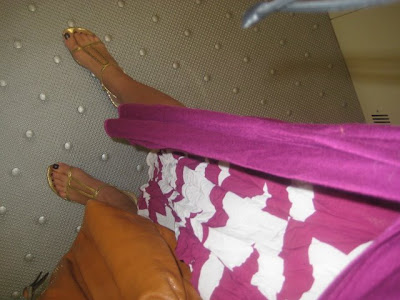 Heart the fuchsia with the brown and the gold. For the evening festivities decided to bring out the blue Marc clutch to match my necklace and just kick it up a notch.

Felt like myself in today's outfit - fabulous and fierce and funny. Felt good after a week of feeling off.
Email ThisBlogThis!Share to TwitterShare to FacebookShare to Pinterest
My Super Sweet Topics: forever 21, marc jacobs, stuart weitzman, wrap sweaters

Hollywood Fashion Tape is always good for a roving neckline.

love that fuschia color on your skin! yummylicious!

tam pham took the words right outta my mouth -- that color is fantastic on you!

I also have the MJ magazine clutch, but in black. Did you find that your buckle/snap has become quite scratched? Mine sure has. sigh.