The Scene
Don't know what it is about me. I must emit some kind of pheromone. But without fail it seems to happen.

Gay men LOVE to love me. Even at a conference, even when courting a gay's attention is the furthest thing from my mind.

ALL day, this tan gorg gay in a killer suit at the booth next to ours chats me up. He spent yesterday building up his courage after lots of sidelong glances. Today he even asks me to sit with him at lunch. Yay to traveling besties!

We figure out that we go to the same gym back home and that his boyfriend has a close friend who lives in the same building as Mr. D and me. What are the odds??? He never typically travels to conferences and this is my first conference for the new jobbby job. What are the odds that we'd sit right next to each other?

I take it as a sign that we are meant to be. We hug when we part and promise to hit the gym together. Adorable.

Flight takes an hour longer than expected due to this Armageddonish weather. Get home by midnight, safe and sound. Mr. Diabolina is thrilled.

Straight boys that eat me up are adorable too ;) 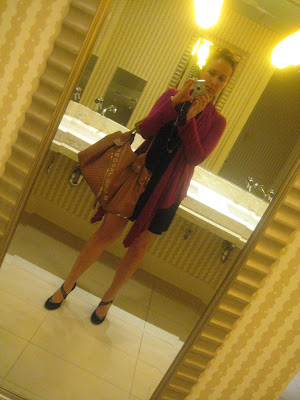 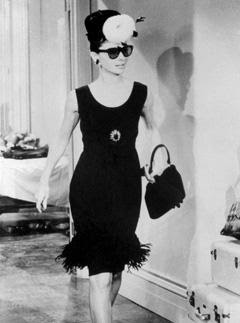 Never dreamed I'd get as much wear out of this Forever 21 dress as I have. But one can never go wrong with a little black dress. Whether it's for work or play, it inevitably serves as a chic foundation. Should really invest in a designer one to not have to rely on this $24 one so much. 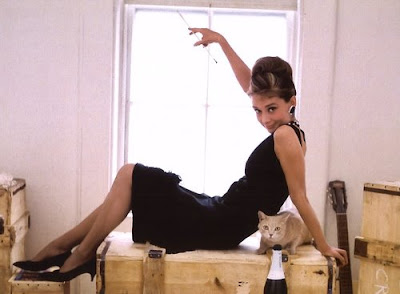 Though the LBD captured the imagination of the masses with Audrey Hepburn's turn in Breakfast at Tiffany's, it was really Coco Chanel that first popularized the look. 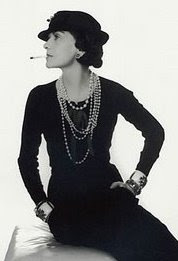 In 1926 Gabrielle “Coco” Chanel published a picture of a short, simple black dress in Vogue. It was calf-length, straight, and decorated only by a few diagonal lines. Vogue called it “Chanel’s Ford.” Like the Model T, the little black dress was simple and accessible for women of all social classes. Vogue also said that the LBD would become “a sort of uniform for all women of taste.” 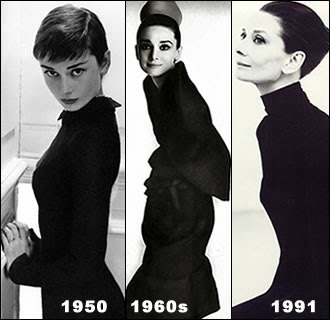 And so it is nearly a century later. Damn, Coco and Diana Vreeland knew their stuff. Women still turn to black dresses for their classic appeal. Love how they can serve as a go-to throughout a woman's life. 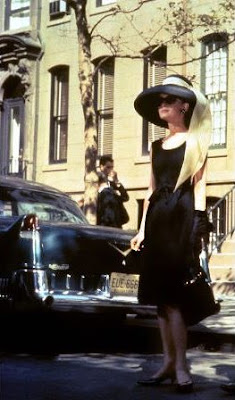 How they can serve as an ideal blank canvas for women to build upon with hats and sunglasses and purses and shoes. 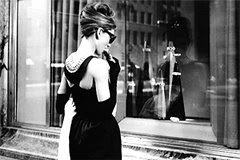 And diamonds. Loads and loads of diamonds ;) 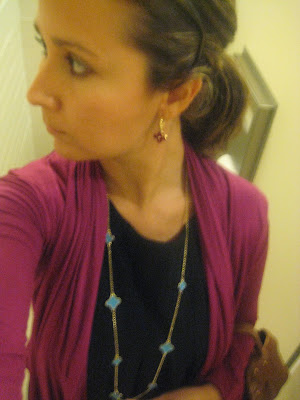 Today I felt like adding some pops of color to make the black less formal and more summery. The necklace and the earrings work so well with the sweater and the bag. Yum. Loves it all. The shoes made the dress a bit short for me. Flashed loads of leg for the stuffy conference crowd. Maybe that's why the GG (gorgeous gay) loved me. He peeped someone who was different too.


p.s. I switched to the flat gold Stuart Weitzman sandals for the flight. No way I was going to attempt maneuvering through security in heels.

Sigh. Wish I was able to rock more fabulous footwear when I travel. Like this Bluefly.com chick.

I love that bluefly commercial. those shoes are so cute.

personally, i don't think you can ever have too many LBDs. ;)

i wore one this weekend with my off-white wrap sweater and flats. so comfy and cool for this crazy weather.